“What does not kill me, makes me stronger…”

Sworkin, the inventor of television, dreamed

Of installing television cameras in spacecraft

So that we could look at space

From space itself. During the Vietnam war

A miniature camera on the weapon of a GI

To be able to record the supreme moment

Of death. There are no more blind spots

The other four senses: slowly we disappear

Under the surface of the eye

Become entrapped in our retinal web

Has succumbed to homo desidens

Glued to the television or to the computer screen

Remote control or mouse within reach

Who with a dazed look in the eyes, from behind his misted window

On the world, is blinded by the eye that entertains him

Who offers himself to the spectacle that chains him

Who wants to be moved

Without having to move the body

Who wants to observe from a distance and peep

Who enjoys watching the world slipping by

Or like a dream that passes by, in which

He can simply- even with wide open eyes –

Submerge. A dream from which he believes

To be able to wake as he pleases

A welcome diversion against the boredom

That preys upon his grey matter like a stealthy guerrilla

A plague of termites that eats him from inside

An emptiness that nags the brainstem

A dream from which he can wake as he pleases?

“What shall we dream about

When all has become visible?”

“We’ll dream that we go blind”

Who remains silent, admits being powerless 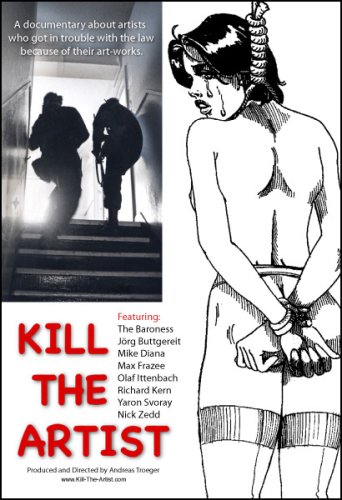 Charline Lancel, an artist photographer, filmmaker and designer. Born in Belgium in 1976, lives and works in Brussels.
Since my early childhood I have had an eye for the beauty of colors and harmony of shapes. After a career in film set design, I have decided to focus on my own artistic output.

Do you like the minimalist and geometrical aspect of my work, informed by the art of Vasarely and Mondrian, but also by Op’art and sci-fi universes? It’s mathematical art based upon an indexical picture, I do print my work on a combination of traditional photographic paper in between plexiglass plates (diasec), but I do also use the latest technology to imprint my art into the anodic layer of metal surfaces. The result is unlike anything you’ve seen, and highly durable.

Inside Dimension deconstructs and subverts the absurd cultural byproducts of a media campaign that cunningly commodifies personal power and freedom of choice. Original camera work capturing the bold color schemes and flashy slogans of product packaging is collaged with multiple layers of video and audio samples from T.V. commercials. The exaggerated proliferation of quick cuts, jingles, and subliminal messages ultimately underscores the embedded content within these found materials. 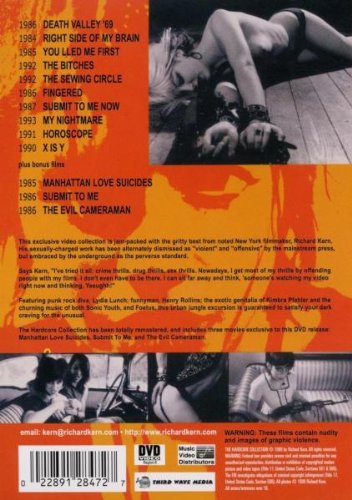 Richard Kern, photographer and filmmaker remains, first and foremost, a portraitist.   For more than two decades Kern has sought to unravel and illuminate the complex and often darker sides of human nature.

Kern makes the psychological space between the sitter, photographer and audience his subject. With his dry, matter of fact approach, he underlines the absurdity of truth and objectivity in photography while playing with our reliance upon taxonomies around sexual representation.

Jim Kern taking pictures in Berlin recently. Now he’s onto Belgium. See the report from Antwerp about the secret life of Belgian girls at VBS.TV:

Kern’s images have been widely published in Purple, Vice, V Magazine and Italian GQ as well as in his numerous books and exhibited at The Museum of Modern Art, The Whitney Museum and in more than 30 solo shows around the world.